The Milan Tram System is comprised of a network of 18 lines that cover a total distance of 170 km. It has been in operation since 1881.

The system today has both historic and modern tram cars.  The old cars are used mainly in the historic centre of Milan. 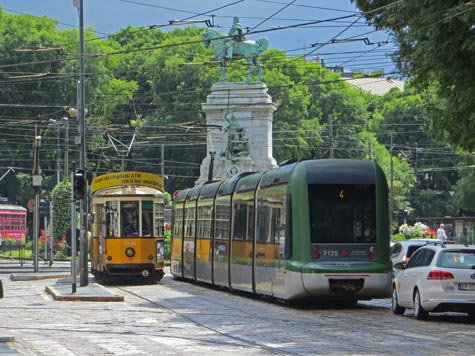 Not only is the tram system picturesque, it can be an efficient mode of transport when used in concert with Milan's modern metro system.